Mandi is said to be the safest place, and is blessed by the 'Sikh Guru'. Once the tenth Sikh Guru visited Mandi and went to the Mandi King who invited the Sikh Guru to the Royal Palace. Though the Guru accepted the King’s invitation, Guru did not agree to stay at the Palace; he just said that, he will stay in the town, and later picked a secluded place that has been an abode to a ‘Rishi’ (Sage).

The Guru was very happy with the devotion of the King and blessed that, Mandi will be ever protected and no enemy can harm it. The word has spread everywhere, and people still believe that ‘No one can harm Mandi’. Due to the visit of the Sage, people considered Mandi as the holy place, and from tourists from all over the world visit this place.

The main fairs and festivals of Mandi are Maha Shivratri, Nawala, and Lossar. These are the most famous festivals celebrated in the city of Mandi.

This Shivratri festival is celebrated during the February month. This festival has a great importance in all the temples as well. Similar to the people from all parts of India, people from Mandi do fasting on this day.

In Mandi, the idols of Lord Shiva and Mata Parvati are prepared either through the cowdung or the soil. Then, pooja (worship) is offered to the idols. Later, the songs are sung to praise Lord Shiva and Parvati. 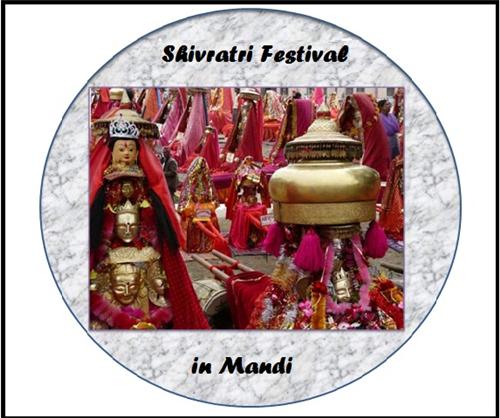 The festival means a lot to the hill people, and this festival of Shivratri in Mandi ranks high in the Western Himalayas. This Mandi town will be nicely decorated, where many hill folks came to participate in the fair with the traditional dresses.

The City of Mandi is also popular for the Shivaratri Fair and Festival, that is held for about 7 days during the March month every year. Actually, the Shivratri Celebration began in the year 1526 as a memory of the Mandi foundation.

The Lossar festival is not only held in the Mandi, but is also celebrated in the total tribal region of the Himachal Pradesh. It includes the Tibetan colonies situated at the Manali region of Shimla, as well as the Dharamshala, the Solan and Baijnath.

The old Buddhist shrine celebrates the wedding of Shri Padamsambhava and a local Princess at the nearby region called ‘Rewalser’ in Mandi district, which seems to be one of the great attractions of the Mandi district. This place of Rewalsar attracts many religious or spiritual tourists for the religious celebrations. 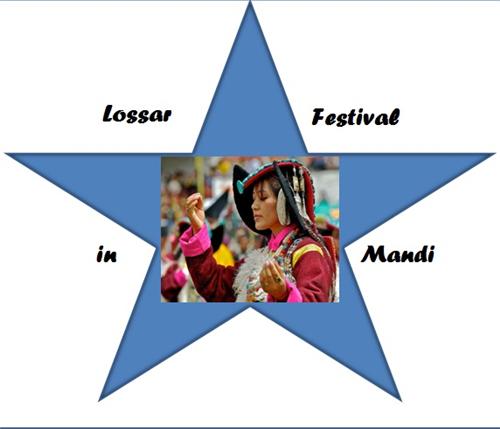 The festival of Lossar is nothing but the start of the New Year and is celebrated during the last week of the February month. During this festival, tourists can enjoy the Cham dance, dramas and several mask dances, along with the resonant dramas and the traditional orchestra of the Buddhist culture.

For the festival celebration, household people of the Kangra and Chamba, the Mandi as well as Kullu collect money; while, the Gaddis of these regions celebrate this festival. Also, this Nawala festival is said to be a thanksgiving ceremony that is dedicated to the Lord Shiva. During this festival, people from Mandi and surrounding regions sing devotional songs whole night to praise and please Lord Shiva.

This festival is generally celebrated on the 13th of April during the first ‘Baisakh’, and this festival seems to be a great festival of Himachal Pradesh. Many people from different regions like the ‘Tattapani’ (Shimla), from Prashar as well as the Rewalsar Lakes situated at the Mandi, are supposed to take dips in the holy water.

Apart from these, plenty of other festivals are celebrated with full of joy, by dancing and wrestling conducted on this day.

Comments / Discussion Board - Fairs and Festivals in Mandi