Actually the Mandi's Princely state was established by ‘Bahu Sen’ in the year 1200 AD. However, there was another person called 'Ajbar Sen' who made Mandi, a historical city of Mandi during the year 1526 AD. The current Mandi district was organized with the merger of two princely states Mandi State and Suket (Sundernagar) on the 15 April 1948, when the State of Himachal Pradesh was established. 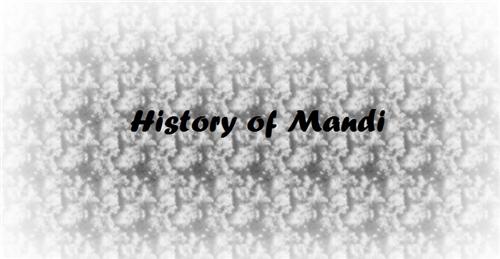 Ajbar Sen defamed Mandi, which led to the start of the modern period of the history of Mandi.While, the Old Mandi capital was deserted and the place of the current capital was gained. There were some historians who put the selection of present capital in the year 1527 AD.

The idol of Madho Rai, which was worshiped till today, was found to be the ruling or commanding deity of Mandi, and is said to be the incarnation of Lord Vishnu. This sacred idol was created by the Goldsmith Bhima, during the year 1648 AD. 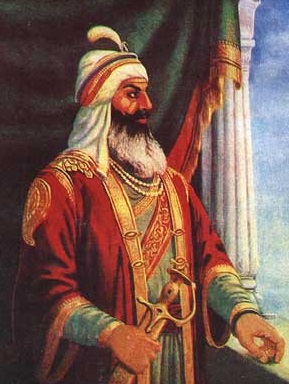 The King Ranjit Singh captured Mandi during the year 1839, and in the month of June 27 (1839). It was just the start of the annihilation of the power of Sikhs at the hills-side. While, the British power came out as the very strong and powerful. During the year 1849, the Princely states of Mandi, such as the Suket and Chamba came under the rule, which were put under the manipulation of the Superintendent (Cis-Satluj States).

Administration of Revolutionary Activities in Mandi

Lala Lajpat Rai visited Mandi during the year 1906, to conduct the revolutionary activities. While, there was a Revolt that occurred in the state of Mandi against the corrupt and profane administration of the 'King Bhawani Sen' and his fellowmen called 'Wazir Jiwa Nand Paddha'. This revolt was later held by the Shobha Ram in the year 1909 AD.

Hardev Ram (an important revolutionist of Mandi) was associated with the revolutionary band of the nationalists in the year 1913 AD. This person went to different countries such as the Shanghai, Japan and America to meet Mr. Lala Hardayal and Dr. Mathura Singh. Later, another revolutionary was held in the city of Mandi, where the Bhai Hirda Ram began participating in the revolutionary activities during the year 1914 AD. After which, he joined the network of the Ras Behari Bose, Mathura Singh, the Kartar Singh Sarba, as well as the Sant Baba Wasakha Singh Dadehar, the Pingle and then with the Bhai Parma Nand.

During the year 1915, due to the request made by Mrs. Sarla Devi  (wife of Bhai Hirda Ram), the punishment of the Viceroy was changed from the death sentence into the life imprisonment. At the same time, another person called the 'Nagchala Dacoity' took place in the town of Mandi. In Mandi confederacy case, 'Sidhu Kharara' (a Mandi revolutionary) was put to death for about 7 years during the year 1917.

Establishment of the Himalayan Hill States

Later, during the year 1933, a Mandi Legislative Council was established and 'Swami Purnanand' who belongs to the Mandi became the Himalayan Hill states regional Council’s president (which was launched during the year 1945). Wherein, the St. Padam Dev was considered as the general secretary of this council.

This session of the Himalayan Hill states regional Council was conducted in the town of Mandi between the 8th and 10th of March 8, during the year 1946, and was also joined by the INA activists such as the Dhillon, as well as the Shahnawaj and Sehgal. At last, Mandi was established in the month of 15th April 1948.

The Chiefs of Mandi State are said to be the descendants of common ancestors of the Rajputs of Sen Dynasty (Chandravamshi – a line of Rajputs) who belong to the Bengal arrogate to be the posterity of the Pandavas during the period of Mahabharata.

As per the earlier accounts, the Bahu Sen launched an independent dominion known as 'Rana' (a Local Chief). The Raja Ajber Sen, the nineteenth follower from the Bahu Sen, was considered as a suitable and a kind ruler. He established the current Mandi city which was surrounded by the temple of 'Bhootnath' in the earlier 16th century (between the years 1500 AD - 1534 AD) and moved his capital from ‘Purani Mandi‘ (an Old Mandi) to this place. Even there was another temple by name 'Trilokinath', which was also built during his rule. He was later succeeded by the person called as the 'Chhattar Sen' who constructed a fort in the place of 'Kalar' known as the 'Lakargarh'.

There are other successive rulers of Mandi which were namely the Shyam Sen, the Sidh Sen, the Gaur Sen and Shamsher Sen, the Ishwari Sen, the Jalam Sen, as well as the Vijay Sen, Surma Sen, and Balbir Sen. After some periods, Raja Vijay Sen established several public services such as the educational institutes, hospitals as well as the post offices, houses, palaces and so on. Apart from these, he had also built a Mule road that starts from the Baijnath of Kangra district to the Sultanpur which connects the Kullu district through the town of Mandi. Even the Victoria suspension Bridge is situated over the River Beas and has built during his period 1877. Raja Vijay Sen was a great successful king who was issue-less and had no children to him. Thus, during the year 1897, the Bhawani Sen took the power and had become a great successor of the Mandi region. During the period of Bhawani Sen, this town got damaged during the earthquake in 1905.

He was later succeeded by the ruler 'Joginder Sen' in the month of April 1914, who was enthroned with the full powers of the Ruling chief during February month in the year 1925. After few years, Mandi came under the power of the British Officer and other departments, which made Mandi a well-organized place.

By then, Mandi (the oldest city), got a urban status in the year 1901, and has been improving till now. The current 'Raj Mahal', was once a 'Palace of Mandi'; while, the garden called 'Sunken Garden' was said to be a pond during those days.

Mandi District was organized by merging of the two princely states (Mandi and Suket) of the Himachal Pradesh on the 15th of April 1948. From then till now, the town of Mandi has been serving as the district headquarters (Mandi District), which constitutes 7 Tehsils. These 7 tehsils of the Mandi district are such as the Sarkaghat, Sunder Nagar, as well as the Chachyot, the Joginder Nagar, Chachyot, the Thunag, and Karsog. While, there are also 9 Sub-Tehsils, which are such as the Ladbharol, the Sandhole, as well as the Baldwara, the Dharmpur, Baldwara, Nihri, Balichowki, Aut, Kotti, and Padher.

The district of Mandi has been divided by 10 blocks and has used for the sake of the development activities. Recently, Mandi has become the Zonal Headquarters (Central Zone), which is comprised of the city of Bilaspur and Hamirpur, the Mandi and Kullu has been the administrative point of view.

Comments / Discussion Board - History of Mandi