Mandi welcomes people with its popular lakes, and hot water springs, along with the trekking areas on the Rewalsar lake and Kamrunag lake, and so on. The main attraction of Mandi is the ‘Rewalsar Lake’ which creates attention of a large numbers of tourists in all seasons.

Tourism in Mandi allows trekking towards the amazingly beautiful Prashar Lake, which is simply a natural paradise. The trekking area in the Mandi gives an opportunity for the tourists to trek about 3300 meters (above sea level). Mandi is also a rapidly developing region of Himachal Pradesh, and is ideal for shopping.

Mandi Tourism provides a unique picture of the development of the Himachal, along with few beautiful and sacred places like the hotpring with the healing properties, as well as the amazing trekking place of the Shikari Devi Temple, which gives you a feeling of greatness (being top on the skies).

The Gurudwara located at Mandi has been considered as the ‘Historical Gurudwara’, which has been constructed as a respect to the 10th Sikh Guru known as the ‘ Guru Gobind Singh’, who stayed in Mandi upon the request of the Mandi King. 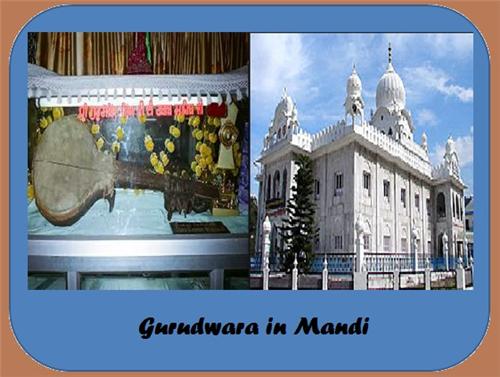 This Gurudwara has been built in the same place where the Guru resided. Guru Gobind ji used to rest on a Palang (cot) and it is preserved till now. Because of this reason, the Gurudwara is called as the ‘Gurudwara Palang Sahib’.

This temple of Bhoothnath located in the heart of the Mandi district, and is very ancient temple (since the age of Mandi established in 1520). At this temple, the great celebration seems to be the ‘Shivratri Festival’. Many deities are worshipped on this special day over a decorated palanquin, and thousands of people in and around Mandi visit to this holy place.
Read More: Bhootnath Temple in Mandi

This temple called the ‘Syamakali Temple’ is the temple of Tarna Devi, which is located on the ‘Tarna Hills, just above the Mandi. Syamakali temple is said to be built in the early 17th century by the king ‘Syama Sen’, who struggled hard to complete this temple. He constructed this temple as a thanksgiving to the Goddess who gave him instant success.

The city of Mandi includes many old and new temples (300 temples). Due to the several temples and interesting destinations like lakes, mountains, etc., Mandi is called as the Because of the large 'Chota Kashi' (Chota meaning small in Hindi).

Many temples are devoted to the Lord Shiva as well as the Goddess Kali. There are many classical temples like the 'Ardhnareshwar Temple’, and 'Triloknath Temple' situated on the right side bank of the River Beas. Also, there are some other temples like ‘Mata Kuan Rani Temple’, which is dedicated to the Princess of the well. Whilem there is even a temple called 'Gyarah Rudra Temple' and the temple is popular for the Amarnath Darshan which is ever decorated like the Amarnath Cave.

The other places which are of great interest and lies within the Mandi region are the ‘Rani Amrit Kaur Park’, and Vijay Kesari Bridge as well as the Library building.

This Rani Amrit Kaur Park is 5 km away from the Mandi town, which was introduced by the Dalai Lama in the early 1957. The park seems to be nearest to the Nagari-style of temples of the 15th century.

This is another bridge similar to the River Beas Bridge, which attracts tourists from different places.

Other Interesting Places in Mandi

Below are some other interesting places located in Mandi-

Himachal Darshan Photo Gallery is brilliant spot which is just 4-5 Kms from the town of Mandi (on the way to Manali). This Art Gallery was founded 10 years ago, where you can find the unseen amazing photo collection of the Photographer named ‘Birbal Sharma’. He has shot extraordinary 300 photos of the entire Himalaya. 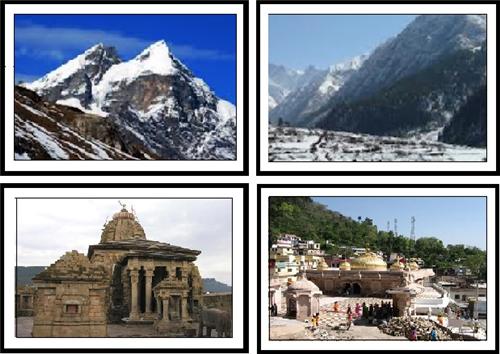 The visitors can see such types of places in Himalaya, which they did not visit. These photos include the lifestyle of the people, the tradition of the people, the festivals celebrated throughout the Himalayan region, the costumes and kinds of jewelleries they wear, as well as the photos of the trade all over the Himachal Pradesh which goes on during the festivals. This photographer has shot all small to big places, in a more creative manner. The visitors of Kullu and Manali can visit this interesting Gallery, which is on the way to Manali. This will highlight the entire beautiful Himalaya at a single glimpse. If you cannot visit all corners of the Himalaya, then you must visit this place, to see every corners of the whole state in one place.

Pandoh is one among the wonderful locations which is just 16 kms away from the Mandi. Tourists can enjoy watching the rock fill dam that is established here.

Comments / Discussion Board - Tourism in Mandi